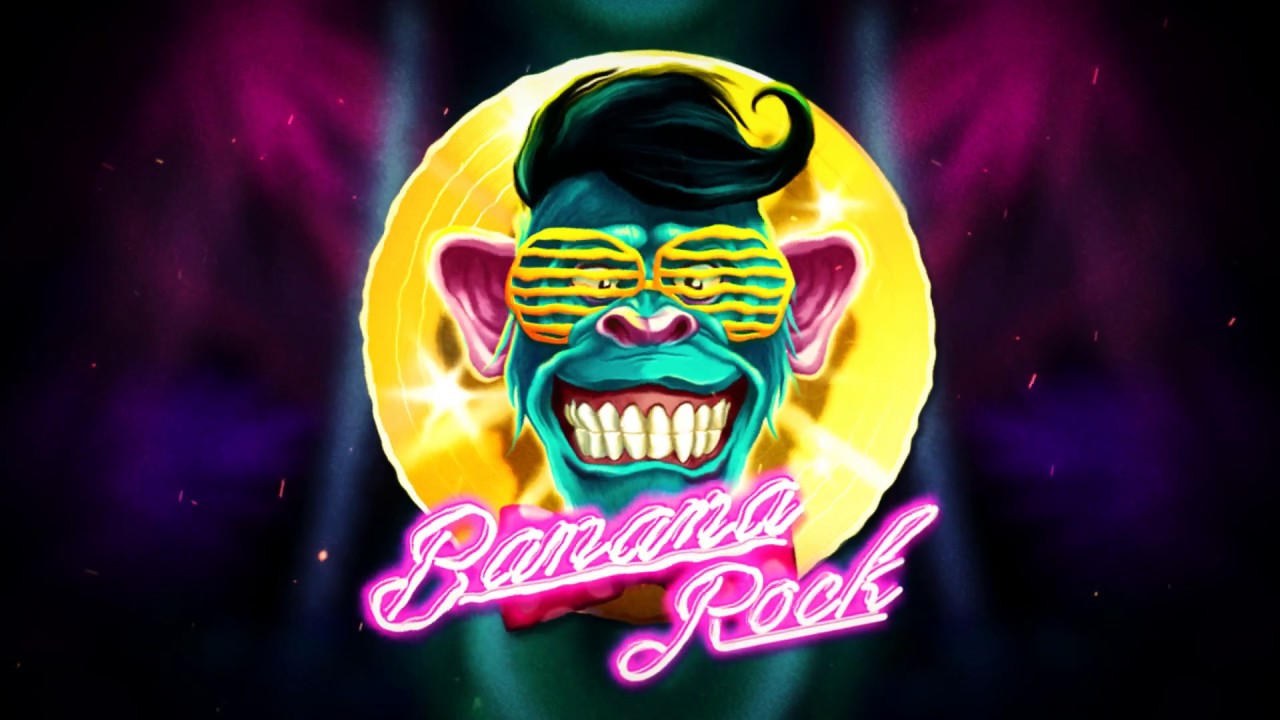 How do I play the Banana Rock slot machine?

Banana Rock is the new original title of the latest casino game from online casino game publisher Play’n Go. In this game made up of 5 reels and 10 paylines with an intoxicating atmosphere and a festive colorful mix of rock concert background, you will have the opportunity to collect your bet, multiplied by 2,500x to the rhythm of rock’n’roll music with overexcited music monkeys!

The publisher Play’n Go has taken great pleasure in concocting a very playful game. The publishing house offers gambling fans Banana Rock, an online slot machine with a group of 5 monkeys playing rock’n’roll as the main characters! In a cool, fresh, ultra-casual way, the monkeys, each playing a different musical instrument. Indeed, the game is based on a giant concert in an illuminated hall. A black background, lights on the “artists”, changing lights, here, untimely there. The party goes on!

In fact the story of this game is simple. The rock’n’roll band composed of 5 monkeys has reunited, to make a fortune with you! Moreover, during the game, the players have the chance to listen to good old rock, like in the seventies. In fact, one wonders if the name Banana Rock does not come from the title of the same name, played by the British rock band The Wombles. Come to think of it, we find the same delirious spirit, given that the logo of this online slot machine is a smiling monkey with full teeth, with golden shuttershade glasses under the haircut of Prince Elvis.

So during your game, you’ll hear the occasional classic clicks of slot machine games, but also the sounds of musical instruments. On the machine side, the reels also feature the neon letters: A, K, Q, J, as well as raised images of the band members in action on their instruments (guitar, piano, bass guitar, drum-drums).

Banana Rock is a modern and very atmospheric online slot machine. It features 3 classic rows, 5 colorful reels, and 10 lines for payouts. The game is full of interesting bonuses for the players. For a possible starting bet of 0.10$, you have the possibility to reach the BIG WIN, which multiplies your bet by more than 2,500x!

There is, for example, the re-spin function which is activated when the game has at least two Rock’N’Rollin Wild, a function represented by a monkey wearing yellow glasses. The monkey on the right will move to his look-alike on the left, leaving glitter and vinyl on each reel he passes through, to create combinations that will multiply your winnings tenfold, and generate sick bonuses.

We can also talk about the Free Spin feature. This function is activated when you get the Scatter of the game, represented by the Banana Rock logo, on the first and fifth reel. It triggers 10 spins, all completely free, during which you can collect the members of the group whose bonuses can be multiplied by 5 for each member. After this festival of points and decibels, you will be entitled to one more spin, the re Spin. It occurs after the 10 free spins, and only works with the members of the rock’n’roll monkey band mentioned here. The earnings generated during the free spins will be multiplied by those generated by the members of the group collected, that is to say a maximum of reachable points multiplied by 25. With a bit of perseverance, you will surely manage to capture the BIG WIN which is worth well over 2,500 times the sum of all the points accumulated, and thus your cash bet.

So many features, bonuses, and fun in Play’n Go’s new Banana Rock slot, perhaps one of the best titles from this publisher this year.